Dublin & our very own Rory O’Dwyer are back to back Leinster U-20 football champions following a commanding display at Netwatch Cullen Park, led again in scoring terms by the prolific Ciaran Archer.

The reigning U-20 Player of the Year, the only Dublin player who also started last year’s All-Ireland U-20 final loss to Cork, helped himself to 0-7 while Kieran McKeon turned on the style in the second-half too with 0-4.

There were solid performances also from Luke Swan, Mark Lavin and Man of the Match Lorcan O’Dell while a miserly defence generally held Laois to just three points from open play.

The defeat amounted to further misery for Laois who were also defeated by Dublin in last year’s provincial final.

Dublin will now advance to the All-Ireland semi-finals on St Patrick’s Day at Croke Park and will play Donegal or Tyrone who face off in the Ulster final tomorrow.

A burst of scoring midway through the first-half put Dublin on the road to their 16th title across the U-20 and old U-21 grades.

Laois were hammered 4-18 to 0-17 in last year’s final but, crucially, retained seven starters from that game in their lineup including captain Ronan Coffey and senior duo Mark Barry and Sean O’Flynn. Jack Lacey and Jack Owens, who came on as subs in that final, also started this time.

Barry and O’Flynn both featured for Laois in last weekend’s Allianz League loss to Kildare and, initially, it looked as if the 4/1 underdogs might capitalise on their relative experience.

They led 0-3 to 0-0 after just four minutes with Coffey and goalkeeper Matthew Byron converting those scores from placed balls as they probed forward and drew frees.

Dublin were back level by the 11th minute at 0-3 apiece thanks partly to two eye-catching scores from Lee Gannon.

The sides were level again at 0-4 apiece but seven Dublin points without reply between the 15th and 27th minutes put clearly daylight between the teams.

Archer was to the fore in that period with three points from frees while Mark Lavin and Sean Foran, who both came on as subs for Dublin in last year’s final, pointed too.

Archer closed out the first-half scoring with a converted 45 to leave Dublin in pole position at half-time, up by 0-11 to 0-5.

They could have been further ahead as McKeon drew a fine save from Byron, son of ex-Laois All-Star ‘keeper Fergal, and Alan Murphy also struck a shot off the bar.

Coffey narrowed the gap to just five points after the restart with a Laois point but that was as good as it got for them.

Laois trailed by seven points with four minutes to go when they were awarded a penalty but Barry pulled his kick wide and full-back Alex Mohan also shot wide in the 60th minute.

Dublin wrapped up the scoring with stylish points from Archer and McKeon.

Next Good start to u14s Season 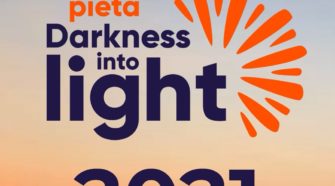