Having received a bye in the 1st round of Champo due to the withdrawal of St Margarets this was the Junior teams first competitive outing since their league match v St Vincents on March 01st.

This was always going to be a difficult away fixture v an AFL5 team but we were very confident considering the strength & depth of the current squad, the attitude & large attendances at training and also the start we had to our league campaign.

Clondalkin started brightest against a strong wind but our lads kept plugging away and trailed the hosts by 1 point at half time (0-06 to 1-04). It was always going to be difficult against the wind in the second half but everyone to a man stood up to be counted, especially the lads coming off the bench who might have been disappointed not to have started the game.

A special mention on the night to James O’Connor who kept us in the game with an exhibition of free taking. We were very unlucky not to snatch the win at the end after shooting narrowly wide of goal after an excellent team move. We held on for a draw and a valuable point in a strong group. Final score St Margarets 0-12 RT Clondalkin 1-09

Final group game is at home v St Marys Saggart on Sunday 16th August @11am. All support would be greatly appreciated in this make or break game.

Next Good luck to our U13 girls team in their League Cup match tomorrow. https://maps.app.goo.gl/dLpqAFSazHduR4zb8 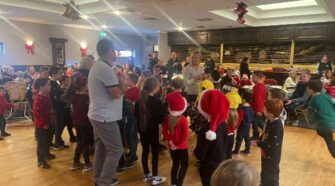