A dull and wet evening could not extinguish the fiery display of passion which graced the hallowed turf of St Margaret’s last night.

St. Colmcilles of Bettystown Co. Meath were the visiting team who were going to test the living legends of St Margaret’s.

As the teams warmed up, the heavens poured down. Thankfully, either through divine intervention or James Fitzgerald having a word with referee Mick Joyce, the rain stopped just before throw in.

From the throw in, many those watching could sense that St Margaret’s were going to play with purpose. There was such a steely confidence and unremorseful believe in the team that, to the surprise of all, head coach Declan Cowley opted to play 13 a side on the front pitch.

The game started off at a 100 mile an hour pace, exchanges between both sides were robust, intense and crafty. The initial battle for dominance took place at mid field.  Greg Doyle put such an amazing shift of work during this phase and throughout the entire match that it would make even the Duracell Bunny envious of his energy.

Dermot O Grady was also pulling the strings at mid field with his off the ball movements to allow the others to play around and past him. Age appears not to have caught up with DOG.

This sublime movement from DOG lead to the first goal. It started from the back line and with a series of passes between the backs, midfields and forwards which ended up with half back Aidan Conaty sending a stunning shot into the back of St. Colmcilles net. It was a goal for the ages.

Thomas Flood playing delightful football, linked play with Popeye and Joe O Brien to cause the defence of St. Colmcilles many headaches. At one point, Thomas was very unlucky not to score he used his head, neck, knee and elbow in one move to try and get a goal, but the ball refused to cross the line.

The second goal for St Margaret’s resulted from a marauding run from Jamie Nugent. He intertwined a string of passes with Popeye, Joe O Brien and Declan Cowley and slipped the ball past keeper with a shot worthy of playing at Breffni Park.

The defence were magnificently led by the Lumley brothers. Both Robert and Martin shred many years with their excellent play. They brought a sense of calmness for others in the defence.

James Fitzgerald played the game of two men. Keeping his player under wraps while also keeping David Martin focused in on the game. It was through the leadership and guidance of Fitzgerald that David Martin played one of his better matches in St Margaret’s Jersey.

St Colmcilles scored their only goal in the first half. This was primarily caused by momentary lapse in concentration and some defenders slipping at the wrong time.

Indeed the wet pitch brought some notable slipping incidents in the game with notably Thomas Flood turning slipping and falling into a sport suitable for the Olympics.

Adam Roach played a fine game in goals, great to see you back Adam.

The second third of the game brought about the renaissance of Declan Cowley. Clearly all the practicing which he had in the previous Celbridge game was paying off and this section of the game he dominated with score after score. He was ably assisted by Matt Milling long return to the forward line and Matts enthusiasm for the game helped drive the team along to many more scores.

The energy of the team was starting to ebb so ex-coach Popeye moved to the half forward line where he became a vital link in play. The turn of pace of Popeye was a delight to witness for all those at the game.

The second 20 mins also brought Mark Thomas back to the forward line, and while it took Mark some time so get into the game, Mark started to shine during this period until he took a knock which may require a visit to the physio, we will await an update on this.

Joe O Brien deserves a special mention as he hit a purple patch during this part of the game.

St Margaret’s ended this period with a score line of 2.11 to St Colmcilles 1.5.

The final third brought an air of confidence started in the team. Hubert Madigan, who was playing brilliantly beside James Fitzgerald decided that it was time for him to finally express himself on the pitch and opted, for the first time in thirty years, to move into the forward line.

Declan Cowley made some radical decisions with allowing Dermot O Grady take a rest in the back line and moving Adam Roach to the forward line beside Madigan and putting Mark Thomas into goals.

Roach was really starting to enjoy his time back on the pitch with his size 10s kicking ball after ball. Unfortunately the boots were not shooting boots and in the end Roach will feel that he should have chalked up a few scores.

This part of the game brought some frustration into the team as the misses started to add up. It may be due to tired legs and fatigue. But things started to change, when Dermot O Grady, rested from his time spent in the back line, started to get vocal and encourage his team mates on.

Thomas Flood was the only scorer in the final third of the game with a point which came towards the end of the game.

The Hughie Smith Cup Final will take place on the 28/08/2021. It will see both sides compete against each other again. St Margaret’s know that they have a few more players to bring in. But after last night’s team performance, both Drew Barnwell and Neil McGuirk who will come back into the fold, will most likely resume their normal playing positions of starting on the line.

It’s onwards and upwards for this team of mighty oaks.

Previous Another good performance by our U10 girls this weekend

Good session this morning with some of our U13s

Well done to our ladies team. Fantastic win and great start to their Championship. Final score against Cuala 5g16p to 4g 3p

Super win today for our U12 mixed team in their last league game of the season. St Margarets: 3-08 Good Counsel Liffey Gaels: 2-04. It was their best performance collectively as a team all year. Everyone contributed which was so pleasing for the coaches to see. Well done to mentors Dave, Niall, Stephen, Alan and Noel. 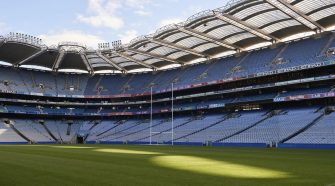