A hard pitch, sweltering heat and up against a team full of skilful hard runners, St Margarets were faced with one of their toughest tasks to date in Div 11

As happened the previous Thursday evening, St Margarets started slow but that was more to do with their opponents – St Peregrines were full of running, skill and passing – the confidence was obvious – Peregrines had pointed 18 against St Maurs on Thursday!

In this period, Peregrines scored 3 to Margarets 1 – the excellent Paul Lumley knocking over.

If they didn’t know it by now – Peregrines were being watched carefully by a strict referee who wasn’t letting anything go – tough tackling, pulling / pushing were all being penalised. In this period the home side had a mentor sent to the stand plus several warnings and 2 yellow cards.

Peregrines pressure came to the fore in the 12th minute when a break on the left allowed a free run in for their left corner forward – full back Thomas Kennedy having to leave his man to make a last gasp tackle – a wild deflection sending the ball spinning into the net – 1-3 (6) to 0-3.

This seemed to waken the away side and 5 unanswered points sent them 2 up – 1-3 (6) to 0-8 – St Margarets looking a lot more assured now – led by the excellent Pat Daly and John Kennedy – at the back and David Martin, Philly McCarthy in midfield.

One aspect of this teams play that’s a match for any team in this Division is their forward line and the quick interplay and movement – Drew Barnwell, Paul Lumley, Jay Shanahan, Scott Kennedy – all combining to move the Peregrine backs all over the pitch.

St Margarets seemed to be well on top now having seemingly figured out the home sides forward formation – but a break away let to a carbon copy of the Peregrines 1st goal in the 20th minute – 2-3 (9) to 0-8 – St Margarets now having to re-settle and figure out where the runners were coming from!

Amazingly Peregrines scored a 3rd goal in the 25 minute, their excellent full forward blasting a drive past the hapless Margarets goalkeeper – to go 4 up – 3-3 (12) to 0-8

But this St Margarets side don’t do anything easy – having been in these situations before in this league – and they settled once more – and when Drew Barnwell scored a sensational placed goal after a move that included 4/6 of the forward line, St Margarets were back in the groove! 3-3 (12) to 1-8 (11)

Peregrines seemed to tire from their excursions in this first half and found it hard to stop the now purring Margarets machine and 4 more points followed – Margarets now in control – and 3 up! – 3-3 (12) to 1-12 (15)

A big turning point in this game occurred just on the stroke of half time – when Peregrines had a man sent off for a second yellow – an innocuous looking challenge – but deemed a second yellow by the referee.

This was cruel heat and half time came at the right time for both teams. The message surely for the Margarets boys was to continue as is and keep the scoreboard ticking over?

Peregrines came out in the 2nd half like men possessed – where did this resurgence come from? Their runners tearing into a St Margarets back line who couldn’t come to grips with the free space – who was marking the runners? Peregrines knocked off 2 points in this time – the difference now 1 – 3-5 (14) to 1-12 (15)

Peregrines wouldn’t lie down and were always a treat going forward – their half backs and half forwards combining brilliantly to get them up the pitch with their full forward line now deep and waiting for any mistakes.

It was those mistakes that Margarets limited but 2 hairy moments could have swung this tie – a poor kick-out by goalkeeper Richie Cantwell was intercepted at pace and when the ball was squared, only the butt of the post saved the Margarets boys! Then 5 minutes later, another poor kick-out was intercepted and squared – only for the magnificent Scott Kennedy to snuff out the danger with a last gasp gallop to clear what would have been a another 1 on 1!

It’s these boys – Scott Kennedy, Sean Flood, Jason Shanahan & Ciaran Bruton – that make all the difference in these encounters with their running and bright, intelligent play! Combine that with other excellent ball players and some experienced footballers – and you see why this side are going so well in this Division!

Brefni Conaty in particular showed his class and composure in periods of this half – slowing the play down – and with Pat Daly, Thomas Kennedy, Robbie Lumley and John Kennedy marshalling the back line – there was no way Peregrines were going to cause too much damage in this half!

The momentum swung again in this tie in the 55th minute when Ciaran Bruton scored a wonderful solo goal – an unstoppable shot after a mesmerising run from the right! Margarets now leading 3-6 (15) to 2-12 (20)

The full time whistle came as a major relief in what was a very tough encounter with a very tough opponent – a common theme in this league – especially of late! The Margarets men are just doing enough in each encounter in a variety of different ways which is very impressive. What’s also impressive is that in each of these games, they have different lads stepping up – everyone is literally doing their bit to contribute to this push!

Next up for this unbeaten team is a home game against the much improved Round Towers of Lusk Thurs June 30th at 7:30pm.

Ballymun lost by 2 to Na Fianna and St Pats / Monicas gave Mearnog / Isles a walk over.

No changes at the top from Thursday – all teams in top 5 winning. Note Mearnog will be awarded 2pts from their W/O against Round Towers Lusk 6th March which brings them onto P12 – pts 20. Round Towers are P11 – 18pts with a decision about their W/O against Parnells 20th March to be decided by the County Board.

Brilliant performance by our U11 girls this morning against Chlann Mhuire

Well done to our U12 girls. Played some super football in their home blitz yesterday 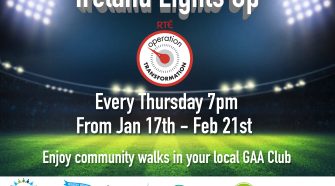